On the first business day of every month, the San Joaquin Valley Survey of Business Conditions is released by the Craig School of Business at California State University, Fresno.

The National Association of Purchasing Management began in 1931 to formally survey its membership to gauge business conditions.

The overall index ranges between 0 percent and 100 percent. An index number greater than 50 percent indicates an expansionary economy, and an index under 50 percent forecasts a sluggish economy, for the next three to six months.

The San Joaquin Valley Survey of Business Conditions utilizes the methodology established by the Purchasing Management Index (PMI) (sometimes referred to as the ISM index).

The PMI has been used by economists and government officials to forecast the future state of the economy. It provides an early indication of where the economy is headed in the next three to six months.

Ernest Goss, Research Associate for the Craig School of Business 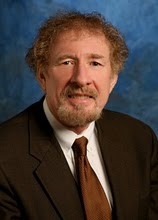 Ernest Goss is currently the Jack MacAllister Chair in Regional Economics at Creighton University. He received his Ph.D. in Economics
from The University of Tennessee in 1983 and is a former faculty research fellow at NASA's Marshall Space Flight Center. He was a
visiting scholar with the Congressional Budget Office for 2003-04 and is a research fellow at the Theodore Roosevelt Institute.

He has published over eighty research studies focusing primarily on economic forecasting and on the statistical analysis of business and
economic data. His research paper entitled, "The Internet's Contribution
to U.S. Productivity Growth," received the National Association of
Business Economics Edmund A. Mennis Contributed Papers Award for 2001.

His book, Changing Attitudes toward Economic Reform during the Yeltsin
Era was published by Praeger Press in 2003 and his book Governing
Fortune: Casinos in America will be published by the University of
Michigan Press in the first quarter of 2007.

He is a member of the Editorial Board of The Review of Regional
Studies and editor of Economic Trends, an economics newsletter published three times per year. He is the past president of the Omaha Association of Business Economics, and President of the Nebraska Purchasing Management Association.

To participate in the survey please sign up here.