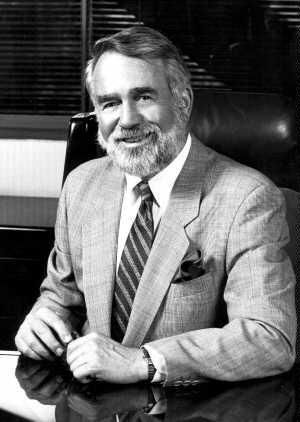 In 1992, Sid Craig pledged $10 million to California State University, Fresno for the School of Business and Administrative Sciences. Sid Craig is the President and Chief Executive of Jenny Craig International. In recognition of the donation our school was renamed The Sid Craig School of Business.

Sid Craig was born in 1932 in Vancouver, British Colombia. He graduated from Alhambra High School in June 1950 and then attended Mt. San Antonio College in Pomona for two years. He transferred to Fresno State in the fall of 1952 to major in business and psychology. He helped pay his way by teaching ballroom dancing in the evenings at an Arthur Murray dance studio. He went on to acquire five Arthur Murray franchises. In 1970, he sold his franchises and bought a half interest in Body Contour Inc. Figure Salons. A bright young lady by the name of Genevieve "Jenny" Bourcq received a job at Body Contour in Louisiana. Over the years their business relationship led to marriage in 1979. This couple eventually built a multi-million dollar company by the name of Jenny Craig International.