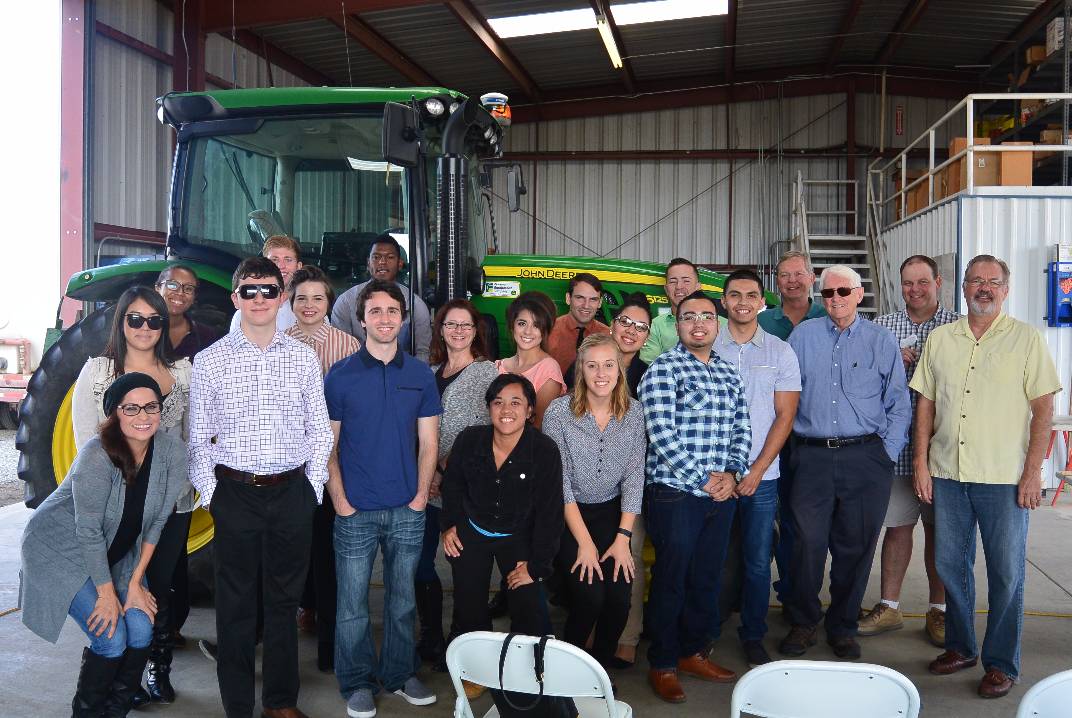 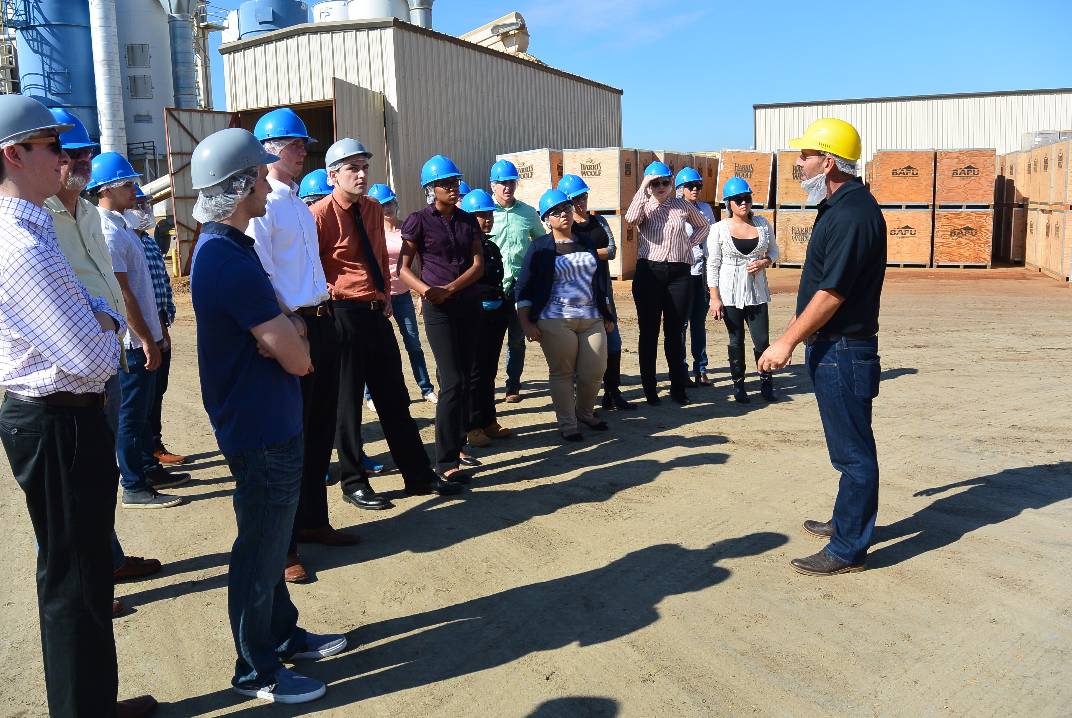 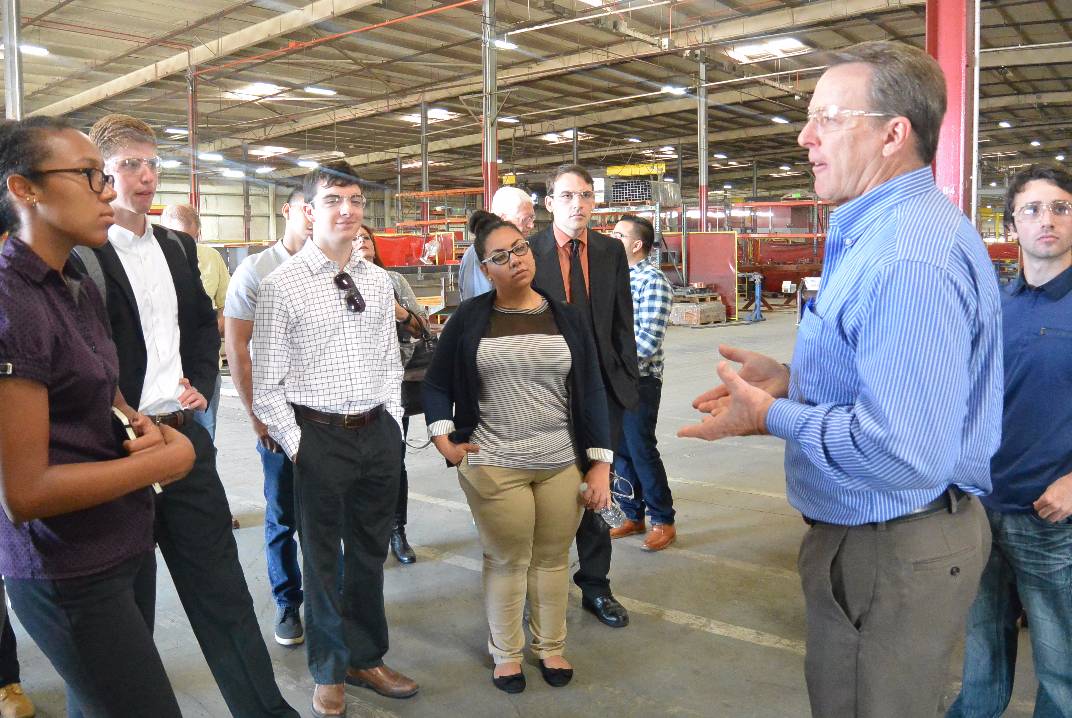 “My favorite part of being in this industry is teaching people what I have learned and serving as a mentor.” – Brad Brown

Last week, the Laval Entrepreneur Mentor Program (EMP) students traveled from Kerman to Coalinga to visit several diverse and fascinating companies. The group was led by none other than Ed O’Neill, a Fresno native and dedicated EMP mentor. Mr. O’Neill provided extremely valuable insights on the tour as he is knowledgeable in local business, as well as the agricultural industry, having owned a cattle ranching company, a meat packing company and a rendering plant.

The tour began at 7:30 a.m. with delicious baked treats from EMP’s very own Shannon Sill, owner of the Brick Wall Baking Company. After a short drive to Kerman, the group toured MEC Aerial Work Platforms, a manufacturing and engineering company. MEC is known for its strategically-designed line of products that serve construction needs worldwide. To begin the tour, students were greeted by David White, president of MEC. An engineering graduate from Fresno State, White has worked in the aerial work platforms industry for his entire career, in both design and management. As White showed the group the operations of the facility, students were immediately intrigued by the level of detail necessary to develop a platform. The tour culminated in a demonstration of the 60-foot Titan Boom™ 60-S lift.

Students boarded the bus for a drive to San Joaquin to visit the Hughes Farm. We were greeted by father and son, Gary and Jeremy Hughes, both great examples of successful Valley farmers. The Hughes family grows tomatoes, cotton, pistachios and many other crops. The most distinct characteristic of their farming operation, though, is their use of technology to regulate irrigation. EMP students were fascinated by the use of probes and computers to track optimal irrigation amounts.

Next on the tour was a visit to the hospitality division of Harris Ranch. The group was impressed by the array of salads, vegetables, chicken and, of course, choice cuts of beef the restaurant had to offer. EMP students had the opportunity to taste the delicious Harris Ranch meat while watching an informative video describing the operations and company brand. Following the beautiful meal, Tucker Kuntz gave us a tour of the feed lot. Kuntz is in charge of purchasing all feed for the Harris Ranch cattle. It was an interesting experience to see where Harris Ranch’s choice cuts of beef came from. We were in awe by the astounding 104,000 heads of cattle that roamed the facilities.

Last on the tour was a stop at Harris Woolf California Almonds. EMP students were greeted by an entire crew of Harris Woolf representatives, led by the Vice President of Operations, Brad Brown. When asked what his favorite part of the almond industry was, Brown responded in a truly entrepreneurial way saying, “my favorite part of being in this industry is teaching people what I have learned and serving as a mentor.” This is exactly what Brown did as he gave us a tour of the processing plant, thoroughly describing each step of the process.

EMP would like to thank Ed O’Neill for providing us with an amazing trip. We would also like to thank all the wonderful companies for sharing their stories and letting us have a look at their daily operations